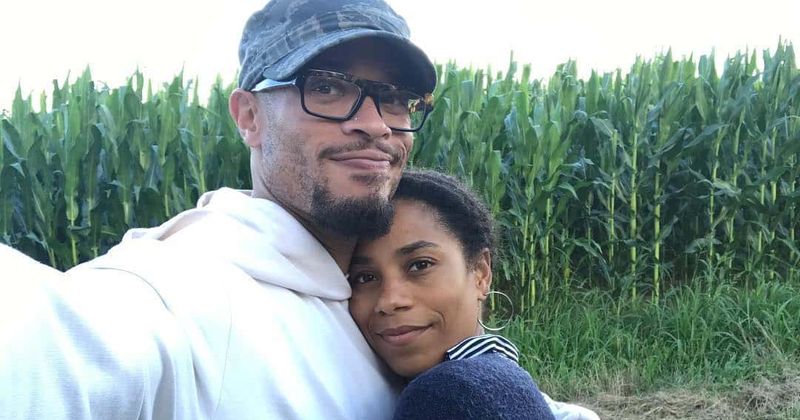 Over the weekend, Kelly tied the knot with director Pete Chatmon in a seaside wedding.

On Tuesday, she shared a photo from her special day, writing on Instagram, “Married, yo! In our favorite place, surrounded by beloved family and friends, and under the new moon. I am besieged by blessings. I love you, @petechatmon!”

Kelly wore a sleeveless, beaded white gown by Made with Love Bridal, while Pete wore a black tuxedo and white sneakers.

Pete posted the same photo, adding, “Thankful For All That Came To Support A Weekend Of Love To My Love.”

A few days before, Pete hinted that they “arrived” at their wedding destination. In response to the photo, her co-star Sarah Drew said, “I can’t wait to see you two!!!!!!!.”

The couple met on the set of “Grey’s Anatomy” and dated for two years before exchanging vows. Earlier this year, Kelly revealed their secret engagement in an interview with the Los Angeles Times.

While giving a tour of her L.A. apartment for the newspaper, she shared, “It’s really special. This is our first place together, and this was one of the only rooms in the house where we added new things.”

Aside from working on “Grey’s Anatomy,” he also has directing credits on “Insecure,” “black-ish,” and “grown-ish.”

Kelly is the latest “Grey’s Anatomy” star to get hitched… co-star Giacomo Gianniotti tied the knot with Nichole Gustafson at Villa Pocci in Rome in late April. After exchanging vows, the couple partied it up with their close friends and family until 1 a.m., People magazine reports. They had been engaged for over a year.

In a video posted on Instagram, Giacomo and Nichole kissed as they were surrounded by sparklers and a huge wedding cake. She wore a Netta BenShabu dress, while he rocked an Armani shawl tuxedo.