Marques Houston and Miya to have wedding soon 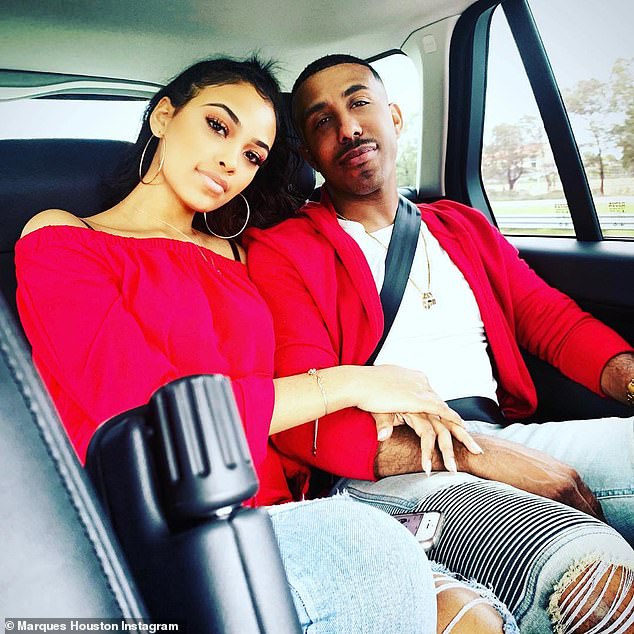 The 37-year-old actor-singer, best known for playing Roger Evans on the Disney Channel series Sister, Sister, announced he and his girlfriend Miya have gotten engaged.

The Los Angeles native wrote Monday in a series of posts: ‘She said “YES: … My fiance,’ accompanied by shots of the husband-and-wife-to-be on the beach in matching outfits of red tops and light blue jeans.

Houston, we have a ring: Marques Houston, 37, announced on Instagram Monday that he and his girlfriend Miya have gotten engaged

Both posted numerous photos on social media of the actor – who’s also been seen on the shows Cuts, One on One and A Different World – holding hands with Miya, who was wearing her diamond engagement ring.

On her page, Miya left a touching post commemorating the day’s events.
‘Today I said “yes” to my Bestfriend,’ she wrote. ‘I said yes to a new beginning. I said yes to my spiritual head. I said yes to loving you forever and forever baby. I am so blessed to have you and to be yours FOREVER.’

‘These past months have been the best months of my life. I wouldn’t have wanted to spend them with anyone else or any other way.’

On the same page: The husband-and-wife-to-be wore matching outfits of red tops and light blue jeans 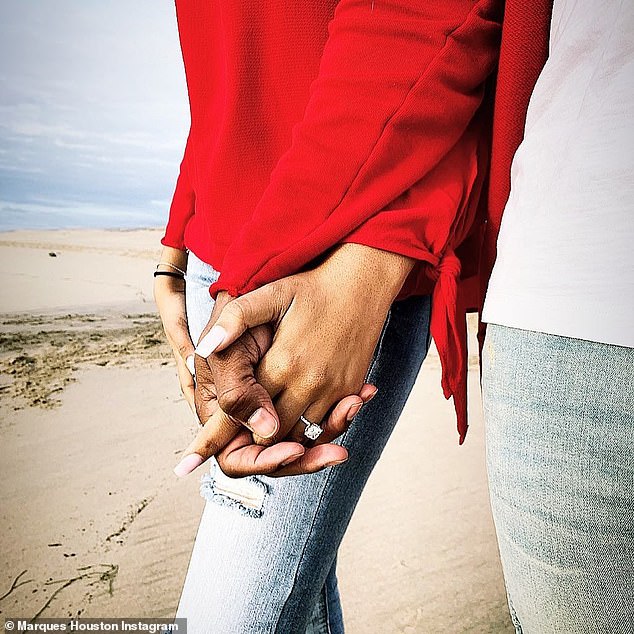 The ties that bind: The couple shared numerous shots of Miya’s engagement sparkler

Miya alluded to their shared faith, as they are Jehovah’s Witnesses, in saying, ‘I love you so much and I promise to always be the best for Jehovah and for you.’

She wrapped up in saying, ‘You deserve the best and it’s my goal to give you that … I cant wait to marry you,’ addressing the post, ‘Your fiancé.’

Houston was previously in a relationship with his You Got Served co-star Jennifer Freeman and a stylist named Marlena Campbell. 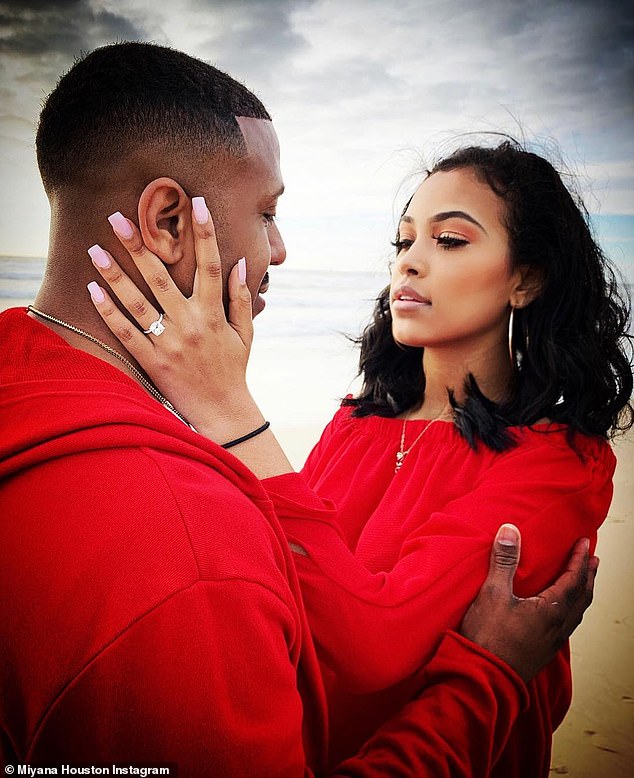 Lots of love: Miya said of her spouse-to-be, ‘I am so blessed to have you and to be yours FOREVER’

Andrew “Beef” Johnston and Jodie to have Wedding

12 ways to save and still have a dream wedding

Jane the Virgin is having a Wedding